Monroe, MI. (June 8, 2021) – The Port of Monroe navigates the 2021 Great Lakes-St. Lawrence Seaway Navigation Season with accolades and momentum from 2020. 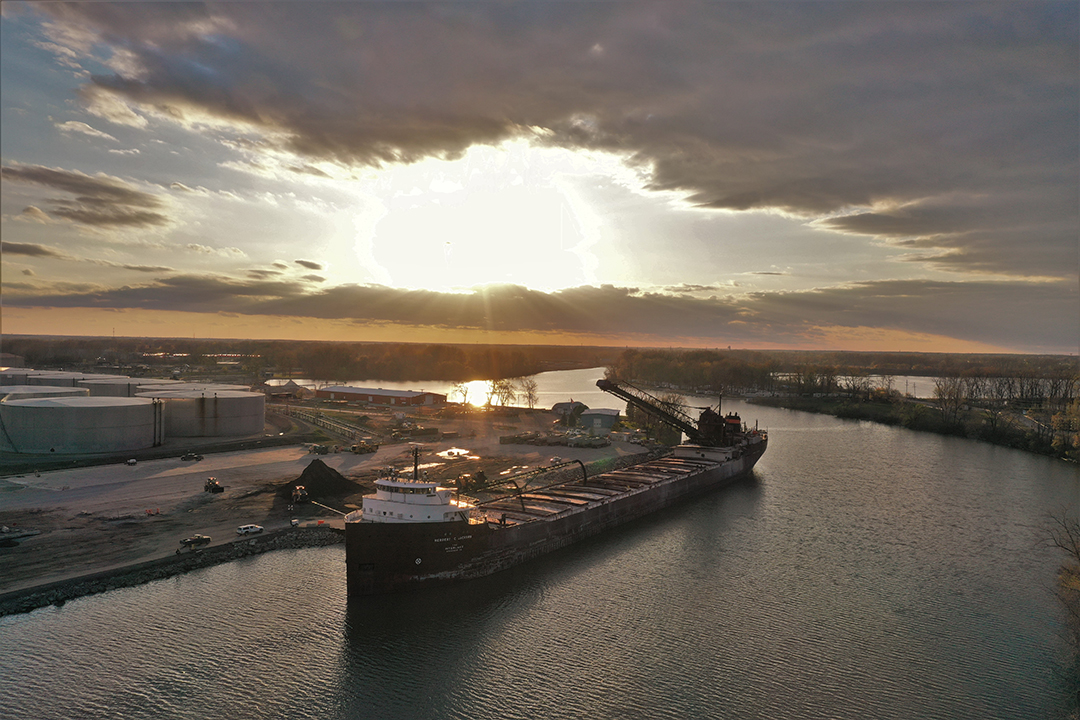 Accolades for the Biggest Little Port

The Great Lakes St. Lawrence Seaway Development Corporation (GLS), an agency of the U.S. Department of Transportation, recently awarded the Port of Monroe a 2020 navigation season Robert J. Lewis Pacesetter Award, which recognizes their efforts in increasing international Seaway cargo during the 2020 navigation season. The Port of Monroe received the Pacesetter Award six times out of the last eight seasons beginning in 2012, with consecutive awards in 2018, 2019 and 2020.

“The 2020 Pacesetter Award is truly a testament to the Port of Monroe’s resilience. We’re exceptionally proud to receive the Pacesetter Award because it is symbolic of the work ethic and professionalism of the men and women that support the biggest little port. It is also a testament to the hard work and resilience of everyone at the Port, I’m proud of them, especially after persevering through the past 18 months of the global coronavirus pandemic.” said Paul C. LaMarre III, director of the Port of Monroe

“Congratulations to the Port of Monroe for its third consecutive Pacesetter Award,” said GLS Deputy Administrator Craig H. Middlebrook.  “The sustained level of high performance at the Port has positive economic implications for the City of Monroe, State of Michigan and maritime community across the system.” The Port of Monroe was one of only eight ports to receive the Pacesetter Award for the 2020 season.

As a testament to the Port’s continued success, the Port of Monroe is featured on the covers of two celebrated maritime publications, Know Your Ships 2021 and Greenwood’s Guide to Great Lakes Shipping 2021, as well as the cover of American Association of Port Authorities (AAPA) 2021 Seaports of the Americas Directory.

Established in 1992, the SLSDC Pacesetter Award recognizes U.S. ports who have registered increases in international cargo tonnage shipped through their ports and through the St. Lawrence Seaway. 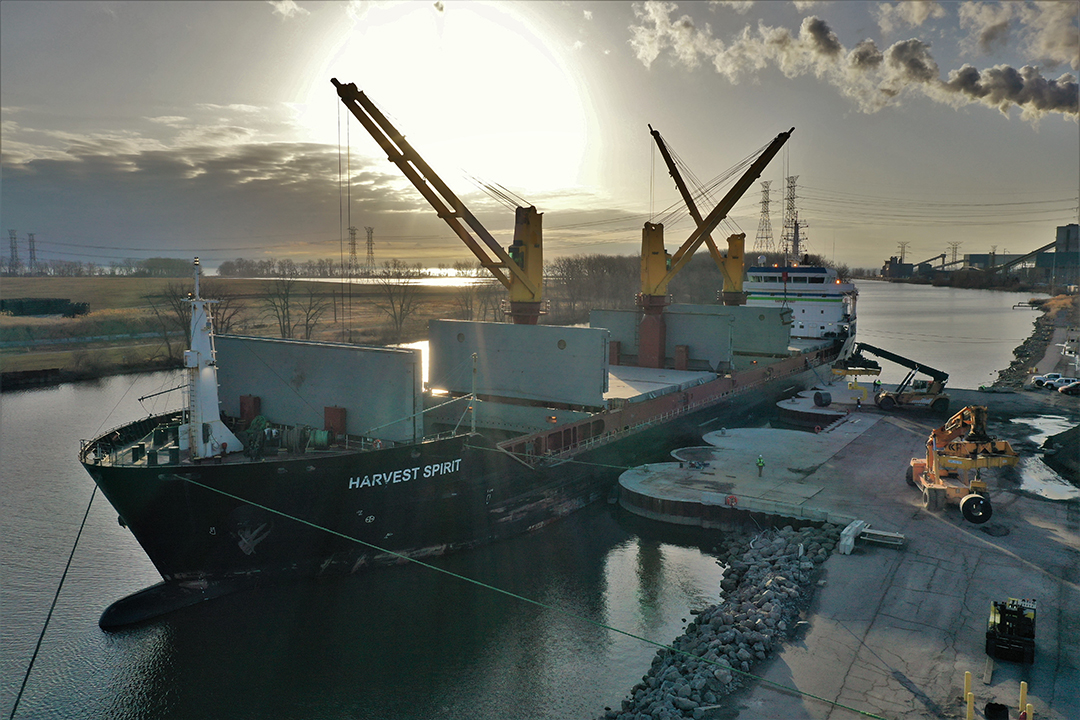 With consecutive Pacesetter awards in 2018, 2019 and 2020, the Port of Monroe is moving in the right direction. Milestones include: 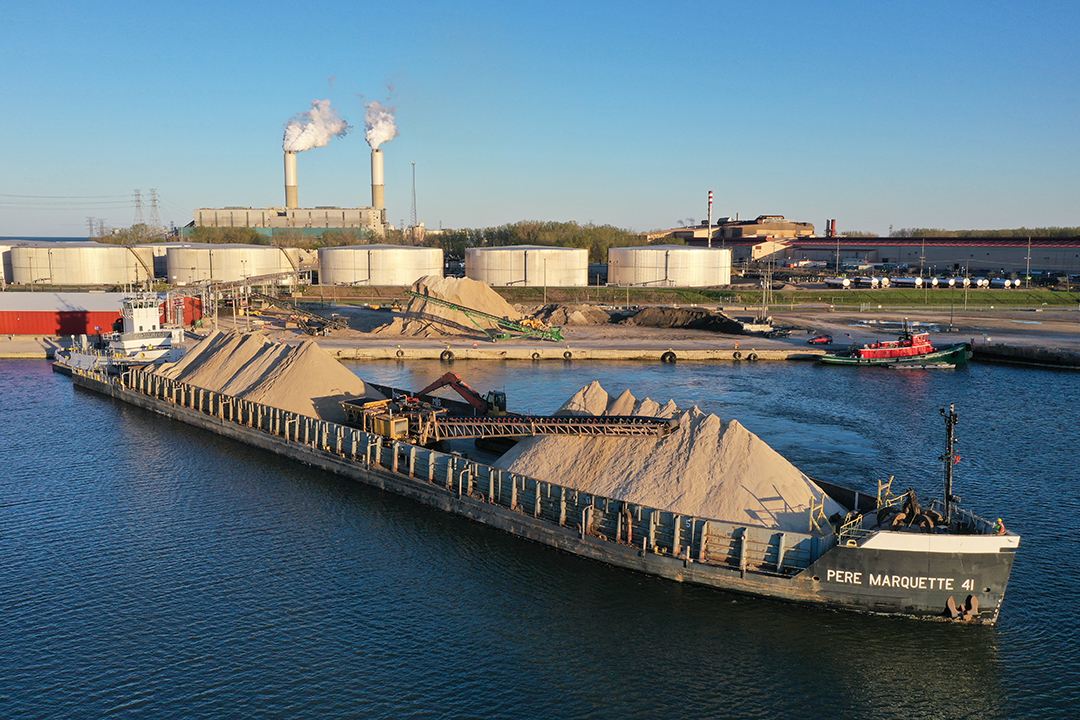 The 2018 season saw the first use of Port of Monroe’s new state funded Riverfront dock, which handled the first load of steel coils to Monroe and welcomed the liquid asphalt tanker IVER BRIGHT on her maiden voyage into the Great Lakes, carrying over 4,000 metric tons of liquid asphalt for Suncor.

2019: Moving the Largest International Shipment in the History of the Great Lakes-St. Lawrence Seaway System

The Port of Monroe’s noteworthy international inbound and outbound cargo handlings during the 2019 navigation season were crowned by a historic shipment. In October 2019, the Port of Monroe handled a generator stator for the Fermi II Nuclear Power Plant, which was the single most valuable piece of project cargo to ever move through the Seaway system. The Port also handled the original stator for the Fermi plant in 1976.

In 2020, the port teamed up with Spliethoff Group’s BigLift Shipping and port tenant Ventower Industries to move, handle, and manufacture wind tower components for a large General Electric project. The heavy-lift vessel HAPPY RIVER was on a dedicated run between Monroe and Becancour, Quebec for most of the season delivering wind tower sections.

“2020 was one of the most prosperous navigation seasons in the port’s history,” said LaMarre. “That wasn’t the story that spanned the entire system, but one thing is for sure is that the Great Lakes-St. Lawrence Seaway system is resilient. Now we are in a position to increase shipments in 2021. The Port of Monroe handled around 1.4 million metric tons in 2020. With the momentum from 2020, activity at the port continued through the winter into 2021, and as the world opens up from the pandemic, we expect to surpass tonnage year-over-year in 2021.” said LaMarre. 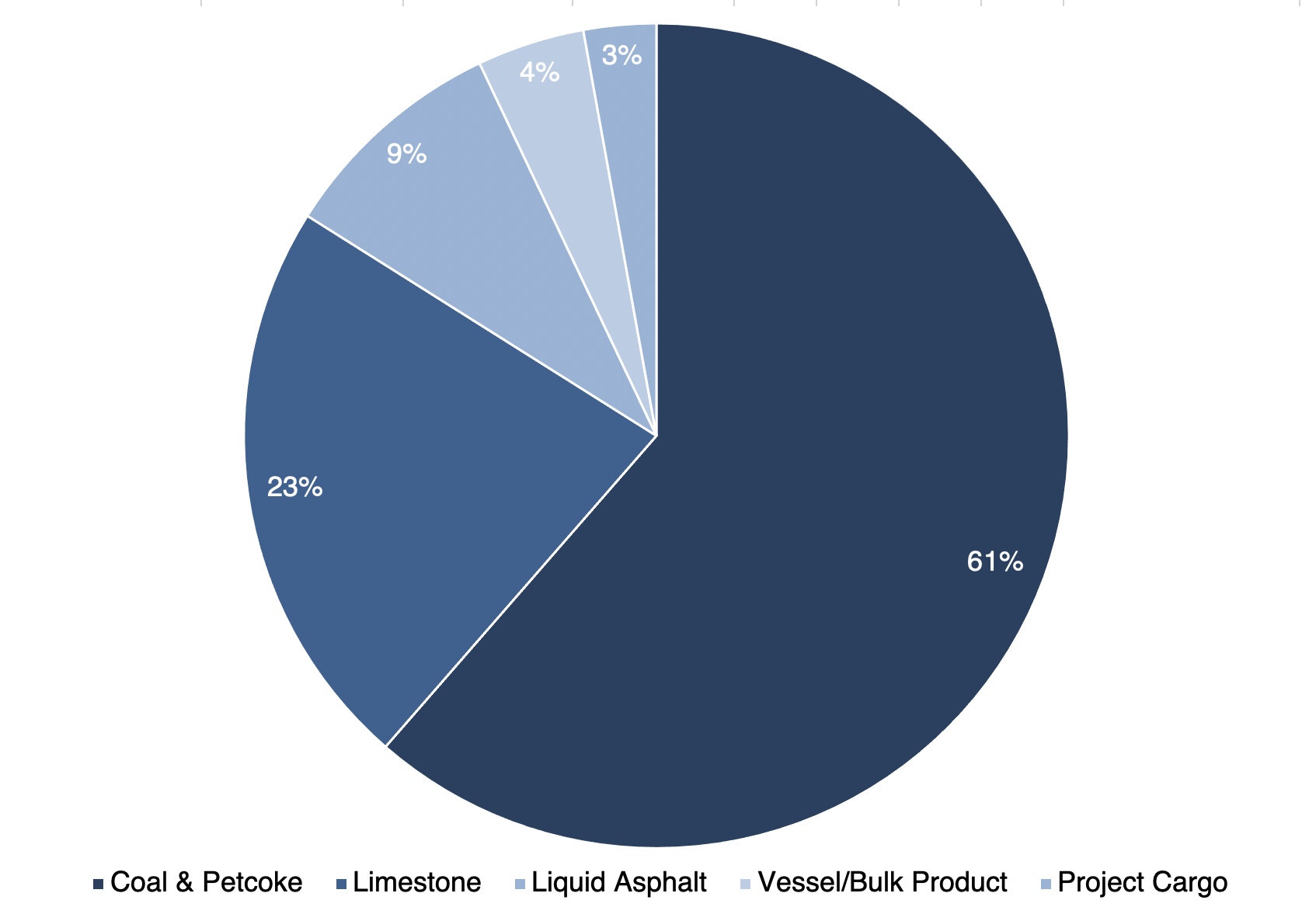 About the Great Lakes Seaway Partnership

The Great Lakes Seaway Partnership is a coalition of leading US and Canadian maritime organizations working to enhance public understanding of the benefits of commercial shipping in the Great Lakes Seaway region of North America. The organization manages an education-focused communications program, sponsors research and works closely with media, policy makers, community groups, allied industries, environmental stakeholders and the general public to highlight the positive attributes of marine transportation.

The Great Lakes-St. Lawrence Seaway System is a marine highway that extends 2,300 miles from the Atlantic Ocean to the Great Lakes. Approximately 143.5 million metric tons of cargo is moved across the System on an annual basis, supporting more than 237,868 jobs and $35 billion in economic activity.