DETROIT, MI – U.S. Senator Gary Peters today announced that the Port of Monroe has been awarded $11,051,586 through the Port Infrastructure Development Program, funding that will be critical for strengthening and expanding the Port’s capabilities. The grant was awarded by the United States Maritime Administration (MARAD), an agency of the U.S. Department of Transportation. Peters supported the Port’s application for this federal funding.

“The Port of Monroe is not only a critical resource for manufacturers in Michigan and across the Great Lakes region, but it also plays a crucial role in ensuring efficient trade and transport of products that families and businesses rely on every day,” said Senator Peters, Chairman of the Commerce Subcommittee Surface Transportation, Maritime, Freight, and Ports. “I was pleased to support the Port’s effort to secure this funding, which will expand cargo capacity, increase economic activity for the region and strengthen supply chains. I’ll keep fighting to make sure the Port is treated fairly, has the resources necessary to compete on a level playing field and reaches its full potential.”

“There are but a few rare moments in a Port’s history which can be considered monumental. This grant award represents the single largest investment in the Port of Monroe’s infrastructure since the organization’s creation in 1932 and will have profound effects on the sustainability and enhancement of our maritime infrastructure which supports the Port of Monroe’s continued growth as a regional hub for both domestic and international renewable energy cargoes,” said Paul LaMarre, Port Director of the Port of Monroe. “Senator Peters is the Port of Monroe’s champion. His unequivocal support for the Great Lakes maritime industry and Michigan’s role as the ‘Great Lakes State’ is second to none. His support of this grant and our continued efforts is humbly appreciated and will have far reaching effects on our Port’s future.”

Peters has been a strong advocate for increased funding for Michigan’s ports. During negotiations for the bipartisan infrastructure law, Peters pushed for and succeeded in securing increased investments for the Port Infrastructure Development Program to fund port infrastructure needed to improve freight mobility, address port congestion, and improve port competitiveness.

As Chairman of the Senate Homeland Security and Governmental Affairs Committee, Peters has supported funding for the Port Security Grant Program and has fought to support Michigan’s ports, especially the Port of Monroe, and ensure they receive fair treatment. Last year, he announced the Port of Monroe received a $770,983 federal grant to help upgrade cargo screening infrastructure and previously helped secure a $1.1 million federal grant for the Port to expand its maritime commerce operations. A bipartisan measure coauthored by Peters was signed into law requiring federal officials to assess all ports of entry, including finding ways to reduce wait times for passengers and cargo at the border. Peters has also repeatedly pressed U.S. Customs and Border Protection on why the Port of Monroe is being held to standards that are not applied to other ports in the region. He toured the Port of Monroe last year with Customs and Border Protection officials and Port of Monroe leaders to assess current operations and discuss resolving ongoing cargo clearance challenges that impact commerce at the port. 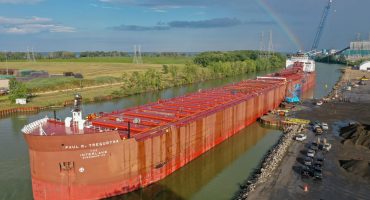 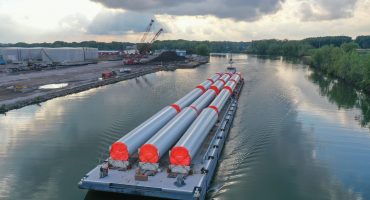