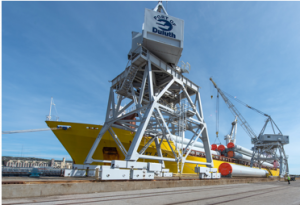 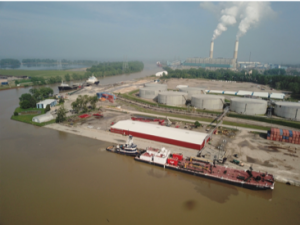 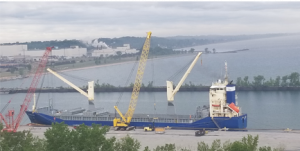 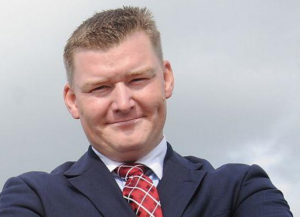 The two-year appointment was made by Transportation Secretary Elaine Chao last month.

It’s composed of up to 30 leaders from commercial transportation firms, port and water stakeholders, labor, and federal, state and local public entities.

LaMarre, who has been port director since July, 2012, was supported in the appointment by U.S. Rep. Tim Walberg, R-Tipton, and U. S. Sen. Gary Peters, D-Mich.

“The Great Lakes maritime industry is an important driver of good-paying jobs and economic growth, and I look forward to continuing to work with Paul to advocate for our state and region,” he said.

“From his service as a U.S. Navy pilot to his superb management of the Port of Monroe, Paul LaMarre is a distinguished representative of Michigan’s rich maritime heritage,” said Peters.

″(He will be) a key voice on the federal level for the Great Lakes’ ports and waterways,” he said.

He praised both lawmakers’ support of Great Lakes and St. Lawrence Seaway system shipping and its maritime industry

He called their work “priceless to us.”

LaMarre called the Great Lakes sustainability “industrially and environmentally at the foundation of the Port of Monroe’s continued growth and resilience.”

“From his service as a U.S. Navy pilot to his superb management of the Port of Monroe, Paul LaMarre is a distinguished representative of Michigan’s rich maritime heritage,” said Senator Peters. “I was proud to support his application, and I believe that he will not only be a tremendous asset to the Marine and Transportation System National Advisory Committee, but also a key voice on the federal level for the Great Lakes’ ports and waterways.”

“Receiving Senator Peters’ nomination to the U.S. Department of Transportation’s Maritime Transportation System National Advisory Committee (MTSNAC) and subsequent appointment by Secretary Elaine L. Chao is truly a humbling honor,” said LaMarre. “Senator Peters’ unrelenting support of the Great Lakes maritime industry is indisputable and his support for the opportunity to advocate for the broader interests of the Great Lakes St. Lawrence Seaway system as a whole is priceless. The Senator’s ongoing efforts to ensure the Great Lakes are sustainable both industrially and environmentally are at the foundation of the Port of Monroe’s continued growth and resilience.”