The Port of Monroe exported its first cargo of synthetic gypsum on the barge Pere Marquette 41 during the 2014 season. the material and the barge, pushed by the tug Undaunted are erial that has since become a principal commodity at the Port. An inbound cargo of wind tower sections were delivered from Manitowoc, Wisconsin and the brig Niagara visited during the summer months. Several late-season salt cargoes were received with McKeil Marine later in the season. 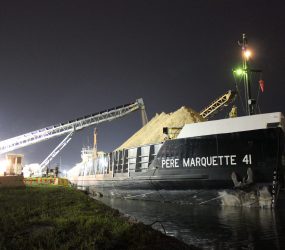 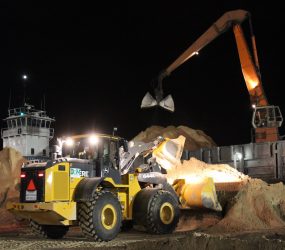 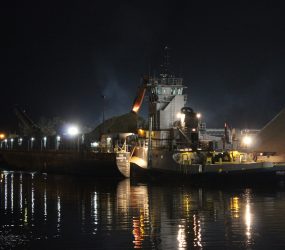 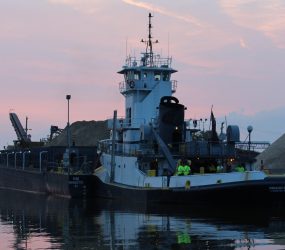 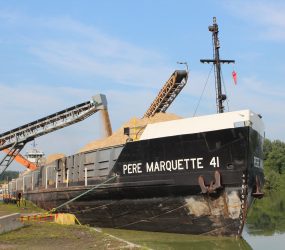 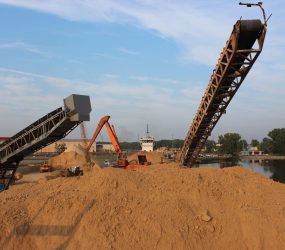 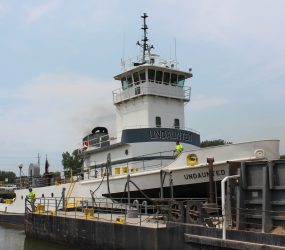 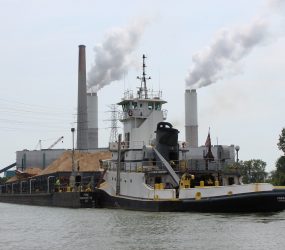 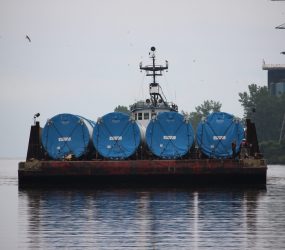 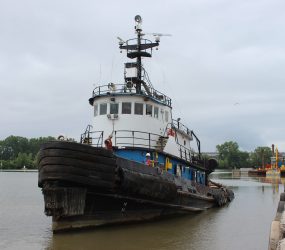 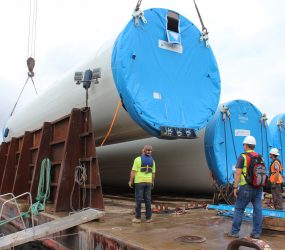 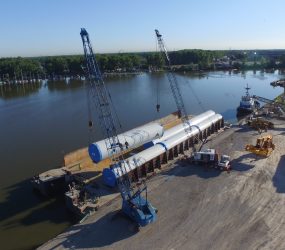 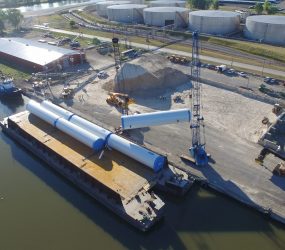 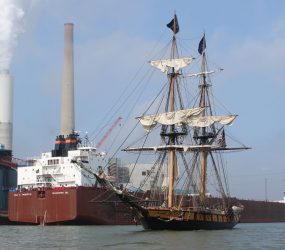 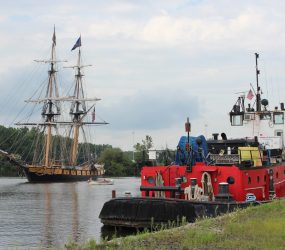 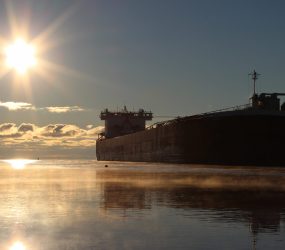 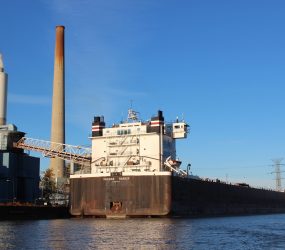 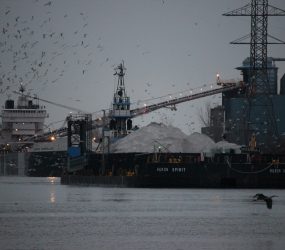 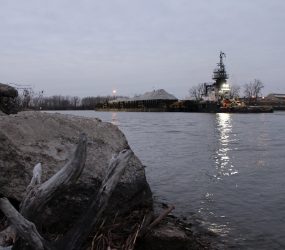 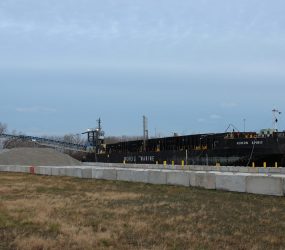 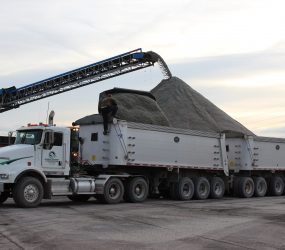 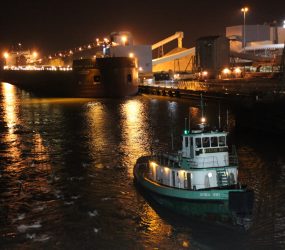 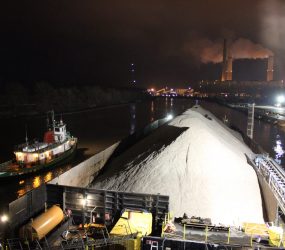 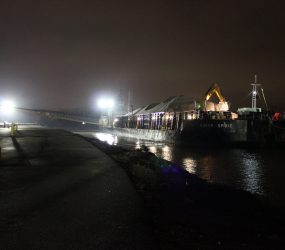 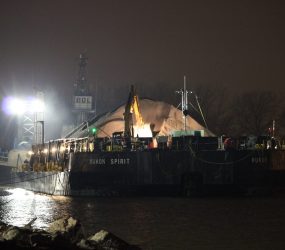 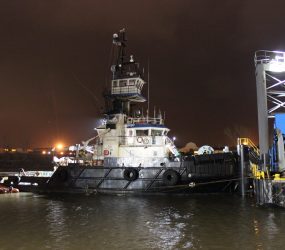 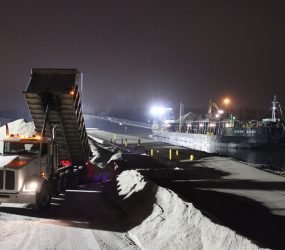 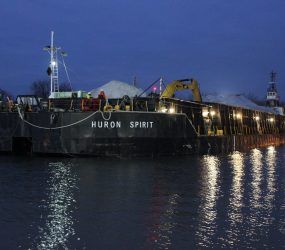