Today, the Port of Monroe is celebrating the completion of a wind tower project that saw 90 wind tower sections move on an all-marine route to Oswego, New York.

The towers were manufactured by Monroe-based Ventower Industries, the only active wind turbine tower manufacturer in the United States located at a Port. The Port’s terminal operator, DRM Terminal Services, worked with Capital City Crane group crews to efficiently load the components at the Port’s riverfront dock. The towers were delivered to Oswego by the tug Meredith Ashton of Ashton Marine, where they are being staged with other components for a renewable energy project site in upstate New York.

The Port of Monroe was designated as part of the Marine Highway Route M-90 in 2016 by the U.S. Maritime Administration. This project is just one example of how the Port and its stakeholders are working to expand the use of America’s navigable waterways.

Check out our favorite photos: 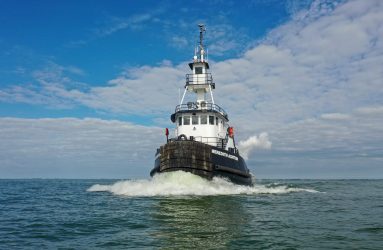 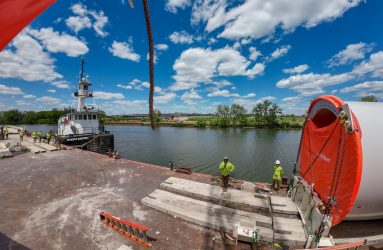 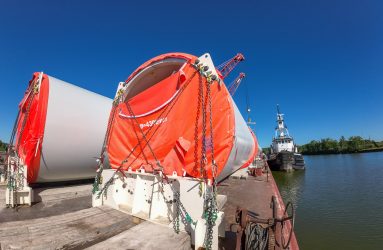 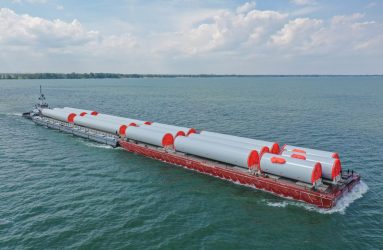 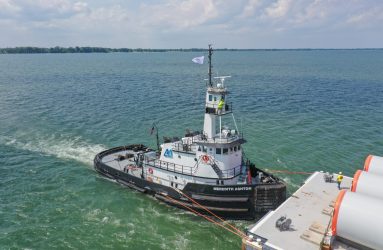 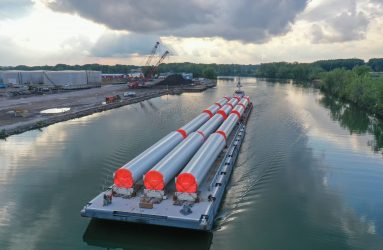 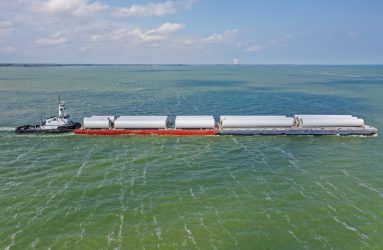 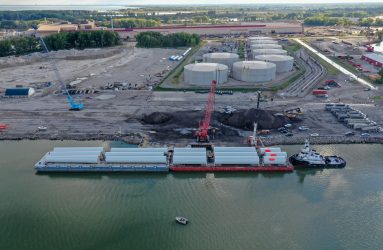 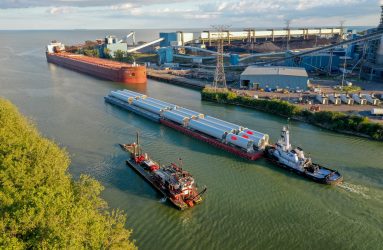 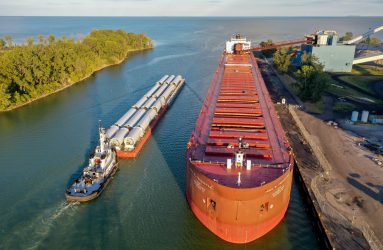 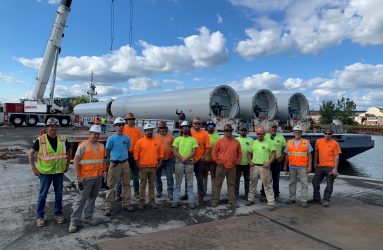 Watch highlights of the project below: