As Michigan’s only Port District, the Port of Monroe has witnessed a rebirth. As an active seaport gaining the attention of the entire Great Lakes transportation industry, the Port has achieved its highest tonnage throughputs since its creation in 1932 and received from the State of Michigan the first commercial port funding of its kind for major infrastructure improvements.

The Port of Monroe is directly connected to the Great Lakes-St. Lawrence Seaway System, which extends 2,340 miles from Duluth, Minnesota eastward to the Gulf of St. Lawrence on the Atlantic Ocean. The Seaway connects the five Great Lakes: Superior, Michigan, Huron, Erie and Ontario, serving 17 states and providing access to 15 major international ports. Since opening to navigation in 1959, more than 2 billion tons of cargo has passed through the St. Lawrence Seaway System.

The location of the Port provides premier transportation opportunities including direct access to two Class I railroads, Canadian National and Norfolk Southern. Additionally, Monroe has access to Interstate 75 and highway systems throughout the Midwest. 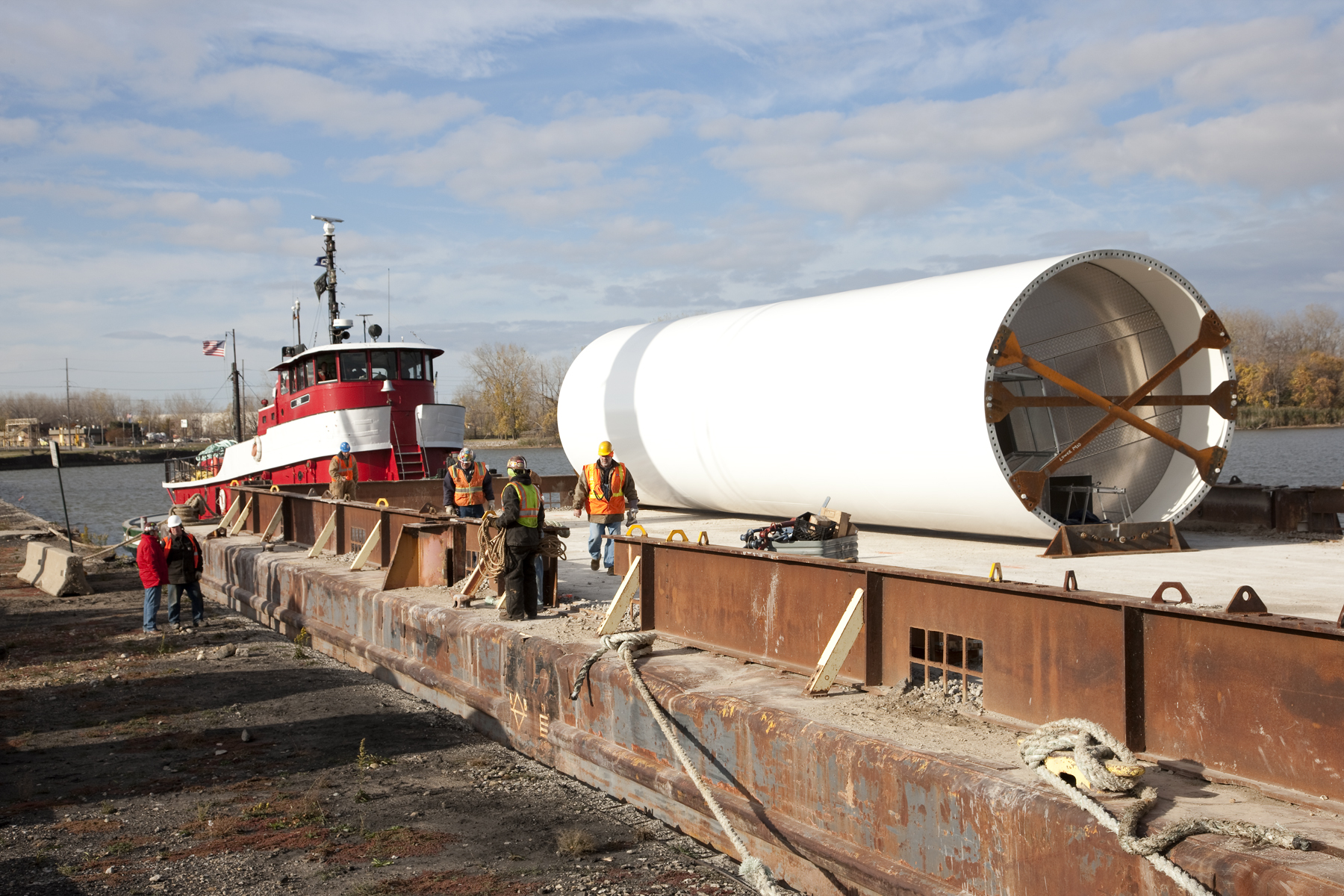 In recent shipping seasons, the Port has reported its highest tonnage numbers on record as cargoes were delivered to stakeholders along the River Raisin. Commodities are highly diversified and include staple cargoes of coal, limestone, synthetic gypsum and liquid asphalt, as well as project and break-bulk cargoes that include natural gas pipeline sections, steel coil, and components for wind energy projects.

The Port of Monroe boasts over 85 acres of cargo laydown area immediately adjacent to its deep draft dock frontage, while offering over 300 acres of heavy industrial property for transportation related developments.